Kalyakoorl, ngalak warangka, (Forever, we sing), is a celebration of rare Noongar language, and the things we share as community. Over many years, Noongar language has been reduced to a whisper, there are currently less than 400 fluent speakers. The collection of songs in this book represent the first two albums Gina and Guy have released — Kalyakoorl (Forever) and Bindi Bindi (The Butterfly). And just like their music, this anthology is informed by the four principles of Koort (Heart), Moort (Family and Community), Boodja (Land) and Koorlangka (Children and Legacy). It is their hope that, through this collection of reduced scores and song sheets, Gina and Guy’s music will continue to be seen in new and interesting ways, and shared through schools, choirs and community groups.

Ancient language, contemporary music, stunning vocals, poignant stories and guitar brilliance. Gina Williams and Guy Ghouse use their music and performances to highlight one of the most beautiful and rare languages on the planet; the Noongar language of the southern corner of Western Australia. As conduits of a fractured past, they have made it their mission to become agitators for a hopeful future, by rewriting the script through song. Because the only way to address intergenerational trauma is to bring healing and invite everyone back to the campfire. They are a multi-award-winning duo, but don’t let that fool you – they’d much rather allow their performances and the power of the music they create speak for itself. Because even though there are less than 400 speakers of Noongar language left, their work has always been about what connects us. You don’t need to understand the words; love, loss, joy all means the same things no matter how you say it. “…Gina Williams, she’s like a modern Edith Piaf: she takes this old, ancient language and she makes it beautiful and we all fall in love with it.”  Archie Roach, Singer-songwriter

Gina Williams AM is a proud Balladong (Noongar, South West) woman, with links through her grandmother’s line to the Gitja people of the East Kimberley. She is an award-winning singer-songwriter and journalist, who has spent the past three decades committed to sharing stories and writing songs for her community, and with collaborator and best friend, Guy Ghouse. Gina’s accolades include: 2018 Inductee, West Australian Women’s Hall of Fame; Winner, Aboriginal Category, 2017 West Australian of the Year; and Winner, Indigenous Act of the Year, 2013, 2014, 2015, 2016 & 2018 West Australian Music Industry (WAMi) Awards. Gina is an Ambassador for the Australian Performing Rights Association, a member of the British Council’s ACCELARATE Arts and Cultural Leadership Alumni and is a Patron of Fairbridge Folk Festival.

Guy Ghouse has a musical pedigree that dates back to the 1920s in Malaysia and there are few guitarists who connect to their music and perform without compromise like Guy Ghouse.

Guy’s journey has taken him all over the world, with performances at Edinburgh Festival (Scotland), Ronnie Scotts Jazz Club (UK), BBC (UK), Hard Rock Cafe (UK & Indonesia), Los Angeles California, Texas, the Netherlands and Spain. Guy has been musical director, producer, educator, mentor for a variety of bands and solo artists and session guitarist for many touring acts and has written and composed for television and film. he is a featured artist with Cole Clarke Guitars and was named Winner, Best Guitarist at the 2020 West Australian Music Industry Awards. 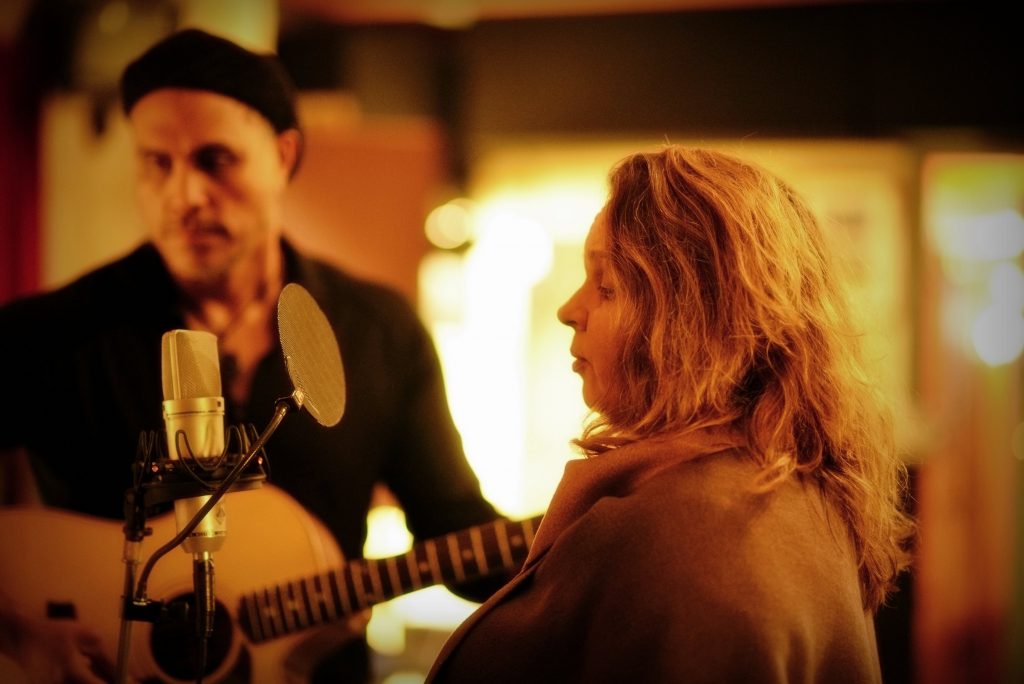